More than six years ago, a team of luxury intelligence specialists, designers, engineers and craftspeople assembled to begin development of the new Rolls-Royce Ghost. As with the first Goodwood Ghost, launched in 2009, this collective would work obsessively to ensure that New Ghost would hold its own place in the Rolls-Royce portfolio and represent a unique set of client values.

Since the introduction of Ghost, which became the most successful Rolls-Royce in history, the marque’s unique proximity to its clients afforded the team access to a large body of information. It revealed the divergent interests, opinions and changing taste patterns within Ghost clients’ appreciation of luxury. This primary research allowed them to create a product focussed on the requirements of these remarkable men and women. These insights informed the designers, engineers and craftspeople at Rolls-Royce as they moved into the development phase of the highly progressive new Ghost.

As with all primary research conducted by the marque’s specialists, these experts were asked to present their findings. In this short film, Rolls-Royce shares some of these insights to demonstrate the underlying substance of the highly progressive new Ghost ahead of its official unveiling in autumn this year.

The marque elected to use the increasingly popular medium of animated illustrations to convey these insights. Renowned illustrator, Charlie Davis, was chosen to cohesively and beautifully represent these findings in a fashion that befits the highly progressive new Ghost.

In addition to these insights presented in animation form, a series of five podcasts have been launched that reveal the marque’s findings, as well as insights into the underlying material and engineering substance of new Ghost in long form. Hosted by Johanna Agerman Ross, Curator of Twentieth Century and Contemporary Furniture and Product Design at the Victoria & Albert Museum in London, the podcasts are available on Apple, Google, Spotify and Deezer.

LAMBORGHINI COUNTACH | THE DESIGNER BEHIND THE LEGACY

MCLAREN UNBOXED | MAKE IT A DOUBLE

INTRODUCING THE LAMBORGHINI AVENTADOR ULTIMAE | A FAREWELL TO A LEGEND

RACE TO GRADUATE ASTON MARTIN RACING DRIVER ACADEMY BACK ON

VANTAGE HUNTS FOR GLORY AT THE FIA WORLD ENDURANCE CHAMPIONSHIP

MCLAREN TECH CLUB – HOW DOES THE E-DIFF WORK | ARTURA

FRESHEN UP YOUR ACCESSORIES | NEW PIECES FROM THE BENTLEY COLLECTION

BRINGING NATURE TO LIFE AT THE HOME OF ROLLS-ROYCE

UNVEILED | THE ALL NEW MCLAREN ARTURA

UPCOMING DEBUT OF ARTURA – THE FULL FORCE OF MCLAREN

BENTLEY MOTORS TO WELCOME BIGGEST-EVER INTAKE OF TRAINEES IN 2021

ONE OF ONE ROLLS-ROYCE CULLINAN DELIVERED | O’GARA WESTLAKE VILLAGE

80,000 INDIVIDUAL EXAMPLES OF THE CONTINENTAL GT

BENTLEY MOTORS CELEBRATES A DECADE AS A ‘TOP EMPLOYER’

ON THIS DAY IN HISTORY| JANUARY 17TH

BENTLEY ACHIEVES RECORD SALES IN MOST CHALLENGING OF YEARS

BRINGING SERENITY TO THE CITY AND BEYOND – THE NEW BENTAYGA HYBRID

INSIDE LOOK | DESIGNING THE BUGATTI BOLIDE

BUGATTI CHIRON | HOW TO | THE SPEED KEY 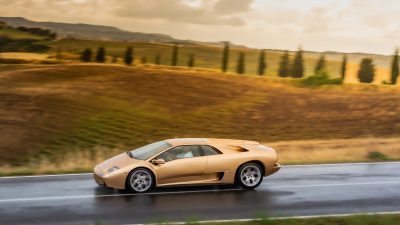 LAMBORGHINI CELEBRATES THE 30TH ANNIVERSARY OF THE DIABLO

WINKELMANN BACK AS LAMBORGHINI PRESIDENT AND CEO

PENDRY X MCLAREN | ONE OF A KIND GARAGE SPACE

BUGATTI CHIRON | HOW TO | LAUNCH CONTROL

MCLAREN TECH CLUB – HOW TO MAKE A SUPERCAR STOP

BUGATTI CHIRON | HOW TO | DRIVE MODES

BUGATTI CHIRON | HOW TO | THE INSIDE

LANDO TAKES ON THE MCLAREN ELVA

50TH ANNIVERSARY OF THE LAMBORGHINI URRACO

MCLAREN TECH CLUB – HOW TO GO LIGHTER AND FASTER

BENTLEY BEYOND – THE COLLECTION FOR HER

THE 1 OF 1 ASTON MARTIN VICTOR

RIMAC WELCOMES NICO ROSBERG TO THE FAMILY OF OWNERS

THE DREAM IS ALWAYS THE SAME | MCLAREN BY O’GARA

THE RESULTS ARE IN – ASTON MARTIN DBX

“WE ARE TAKING OVER” | LAMBORGHINI BY O’GARA

MCLAREN P1 – HOW IT WAS DESIGNED 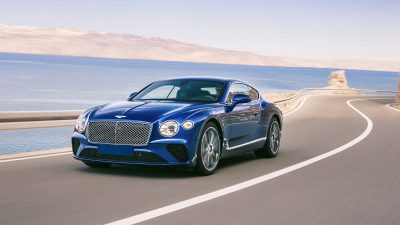 ROBB REPORT’S – THE BEST CARS OF THE YEAR

A DAY IN A GT VIDEO PREMIERE – MCLAREN BY O’GARA

BUGATTI FACTORY TOUR – AN INSIDE LOOK

MCLAREN ELVA – FORMED BY THE WIND

ELVA – ONE WITH THE ELEMENTS

THE REAL RACE: MORE THAN A GAME | LAMBORGHINI E-SPORTS

MEET THE CENTENARIO – UNBOXING OF A FUTURE LEGEND

UMC-063 XP ZERO MOTORCYCLE – A LOOK INTO THE FUTURE

A HONDA CB450 BROUGHT BACK TO LIFE

REINCARNATION – THE STORY OF THE MCLAREN P1 GTR-18 BY LANZANTE

KOENIGSEGG – THE FUTURE OF AUTOMOTIVE POWER 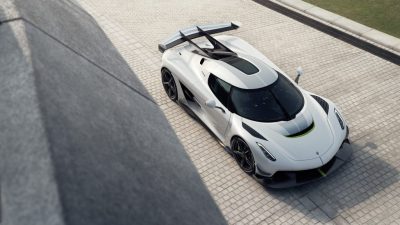 BUGATTI BLAZES PAST 300MPH – THE FIRST TO DO IT

BENTLEY DRIVES INTO THE FUTURE WITH AUGMENTED REALITY

THE NEXT EVOLUTION OF AN ICON – THE ROLLS-ROYCE PHANTOM 8

5 PLACES TO GO IN YOUR BENTLEY BENTAYGA

OWN A PIECE OF HISTORY – LAMBORGHINI COUNTACH LP500 QUATTROVALVOLE